This Land is Our Land, and Our Legacy

This week, President Obama declared the Bears Ears area in Utah, and the Gold Butte area in Nevada as National Monuments.  Designations not without controversy in some circles.  The primary issue those opposed to the designations have is related to their removal from places where resource harvesting is allowed.  They characterize the action as a “federal land grab,” which makes no sense since the areas already belong to the federal government.

When the Taliban tears down ancient Buddhist temples, or ISIS destroys archaeological sites we condemn them for not honoring the past. And yet, in our own country some people claim and fight for their ability to deface and dishonor the lands sacred to those who were here first. Designating these places as monuments will allow all people continued access to the land, and not lock them up for the privileged few to pillage in an effort to enrich their coffers.

Setting aside Bears Ears and Gold Butte really means these areas will remain in the public domain, giving me, and you, the ability to one day visit, and revel in the history written both in and on the rocks.

In the meantime, I continue to visit a cathedral carved from stone, with waters rushing over cliffs and through canyons, and a thin veneer of trees and brush softening the landscape.  A place belonging to all of us, and not just the privileged few as their private playground.  Our ability to care for the land “for the benefit and enjoyment of the people” speaks to our ability to care for one another, preserving those places important for cultural awareness, as well as places where we find refuge in natural beauty and solitude.  It is in these places where we find the very best in ourselves, and in humanity. 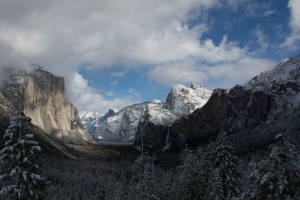 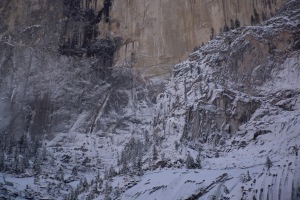 The lower face of Half Dome

Reflections in the Merced River

Reflections in the Merced River 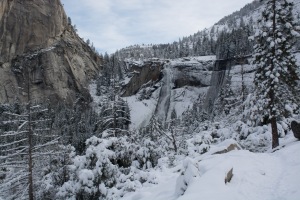 Half Dome and the Merced River 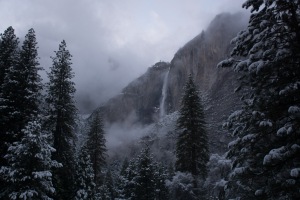 This entry was posted in Environmental Issues, Yosemite. Bookmark the permalink.

1 Response to This Land is Our Land, and Our Legacy