Creating a Revolution, One Eclipse at a Time

Alex Longo is not a typical 16-year old. As an eighth grader, he submitted a proposal to the Mars Rover 2020 landing site selection committee. Now a high school junior, Alex’s proposal, and his in-person advocacy have resulted in the inclusion of his proposed landing site as one of the eight finalists for selection. Alex is a regular participant in NASA meetings regarding Mars exploration, giving talks and publishing papers. He was a panelist at a recent public talk given at the 2016 AGU conference in San Francisco, sharing the dais with the lead scientist for Mars exploration. Alex credits his parents taking him to see his first space shuttle launch at the age of 5 as the spark that put him on the path he is now on.

While the story of Alex is unusual due to the publicity surrounding his contribution, it is common in its demonstration of the importance of experience to spark the interest and ultimately the drive to learn and contribute in a meaningful way. While everyone in some way has had their curiosity sparked, the vast majority of people remain anonymous.

In an era when science and facts are marginalized, the experience of observing natural phenomena bears increasing importance and relevance to fostering scientific literacy. A phenomenon touches someone emotionally, activating the affective realm, creating a sense of wonder and awe, which may lead to curiosity, and then on to appreciation and understanding. The ASP’s Sky Rangers program was designed to take advantage of this progression, working with park rangers to help foster their interpretive skills about the night sky for park visitors. Interpretation is different from instruction in that it helps people process their personal experience and find relevance to their lives. Many times it does result in individuals seeking out information as their cognitive realm is activated in the quest to learn more.

The ASP’s Project ASTRO has sought for well over twenty years to spark the imagination and curiosity in young learners through providing a personal connection to someone who takes great joy in experiencing astronomical phenomena. The relationship building between volunteer astronomer and teacher, and the students they work with is in many ways far more important than the exposing of facts and data related to astronomy. The most effective partnerships are always where the astronomer actively engages learners in some aspect of astronomical phenomena, working with them and mentoring their growth in appreciation and understanding through interpretation rather than exposition.

All of us in the educational community make a great deal about inspiring the next generation of scientists, educators, and fostering a scientifically literate population. We actively work to create change, not only for future generations, but for the current one as well. Some pundits have suggested we have entered into a “post-fact” era lacking objective truth with an apparent disdain for facts and science. This “post-truth” society is still willing to embrace experience and the depth of emotion it can engender, something we can perhaps take advantage of this coming year. A total, or even a deep partial solar eclipse has the potential to create a powerful emotional experience. As one of our colleagues says related to the upcoming total solar eclipse on August 21, 2017, an eclipse is the most democratic experience nature has to offer. Our ability to offer this experience to all through providing safe viewing opportunities, and interpretation not tied to dry facts and statistics may result in the change we find difficult to create on our own through more formal channels such as curriculum, essays, and press releases.

If we are serious about creating a revolution in the way people consume and apply science, then perhaps those of us who have experienced a total solar eclipse on other occasions should consider including in our personal agenda for August 21, 2017 the mission of helping those who would benefit from our guidance and interpretation. As noted, personal connections are a catalyst for sparking the curiosity and interest of learners of all ages. Who knows how many Alex Longos remain uninspired and unknown out there. Perhaps even the next child you give a pair of eclipse glasses, or yield the eyepiece to so they can see the same phenomenon you found inspirational the first time you saw it for yourself many years ago.

This post originally appeared as the Education Matters column in the winter 2017 issue of the Astronomical Society of the Pacific’s Mercury magazine. 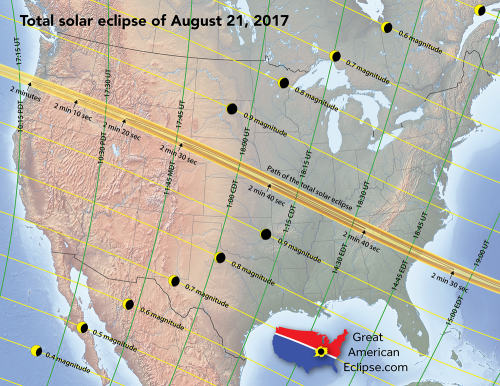